In der Gemeinde Leben (IGL) (tr. Living within the Community) is a community for people with disabilities. For the in-house magazine, a headline typeface was to be developed. In collaboration with g31 and IGL, a stand-alone grotesque was extracted, whose origins lied in handwritten characters, as well as it being interrupted with such. Thus, it creates a diverse text image, which is open and extraordinary.

The handwritten characters weren't supposed to be used just by anyone, but by IGL, the employees and the community itself. Every glyph within the typeface would receive three alternates to ensure a diverse text. At a workshop including about ten participants, all relevant glyphs were written and afterwards carefully chosen by g31 and nice to type. Despite the variety of characters, the purpose was to still create a homogenous typeface. Therefor, italic forms were ineligible, for example. Following this, the handwritten characters were vectorized, revised in Glyphs and adjusted by their stroke width. 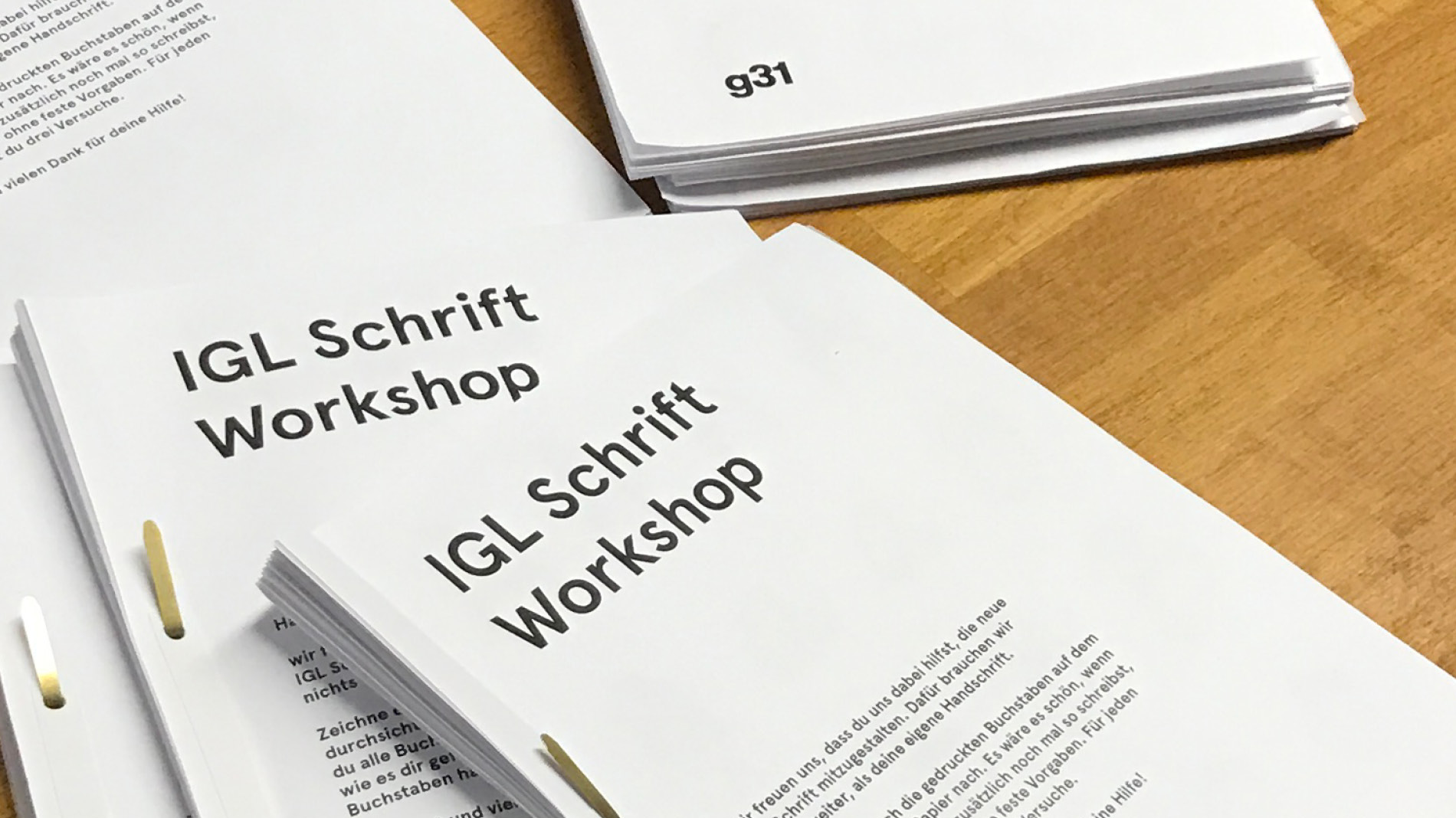 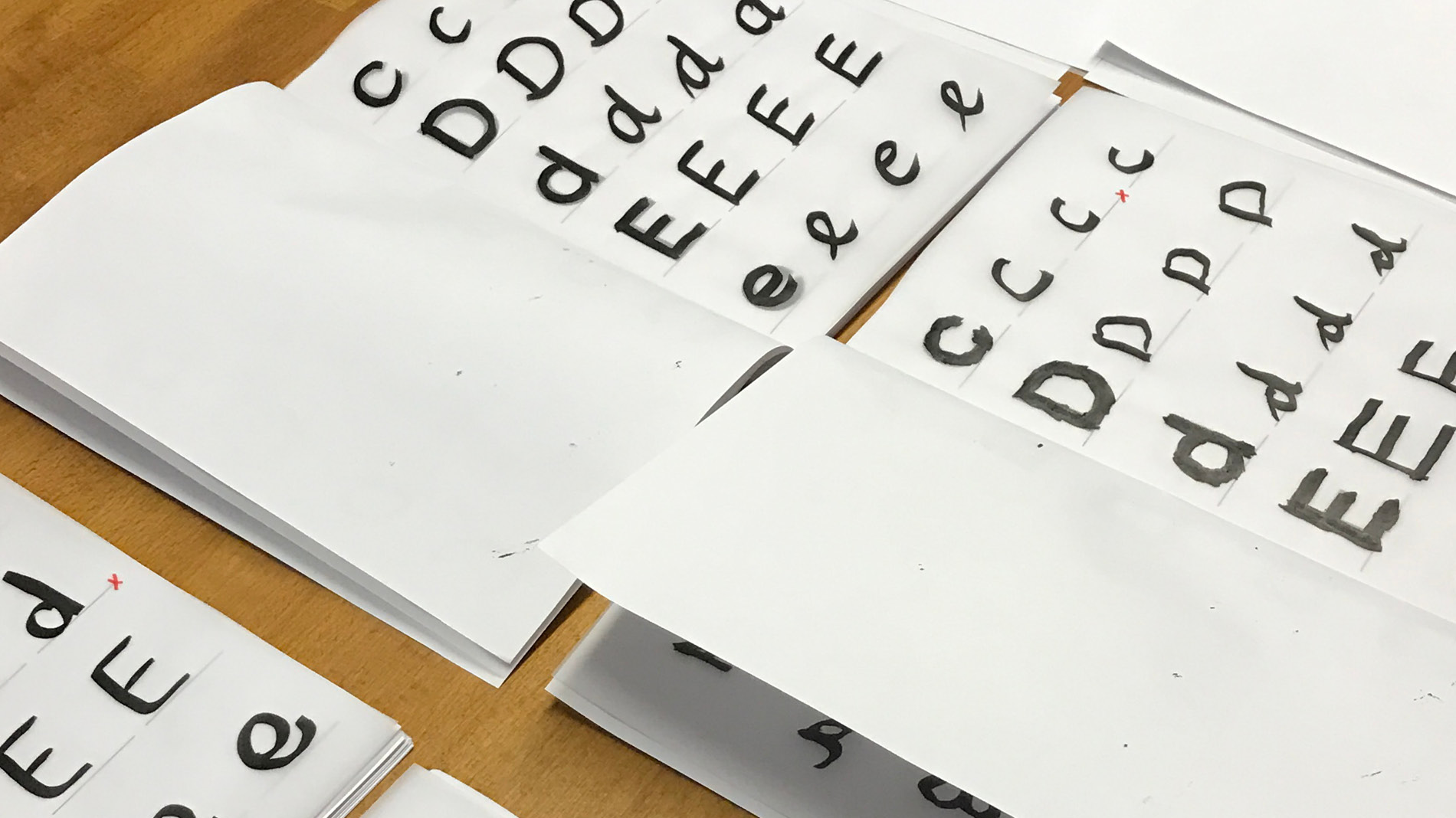 Form-finding of the grotesque

The concept of interrupting a grotesque with handwritten characters was concluded in the beginning. After experimenting with currently existing typefaces and reaching an agreement with nice to type, an entirely discrete/independent typeface was developed, which explicitly responds to the design of handwriting. Despite the variety of participants in the workshop, there were several matches in the way of writing, making the creation of the grotesque a lot easier in the process.

Although the typeface is only used in the headline area, it was still important to us to boost the legibility of the grotesque typeface. Therefor, closed forms, metrics that were too extreme, as well as a very small x-height and an extreme stroke width were not to be used. Interestingly enough, the basic forms of the handwriting already featured several legible characteristics, such as: Open forms like on ‘e’, differences between ‘b/d/p/q’, "l" including a hook to tell it apart from the ‘I’, as well as a strong and round dot accent. 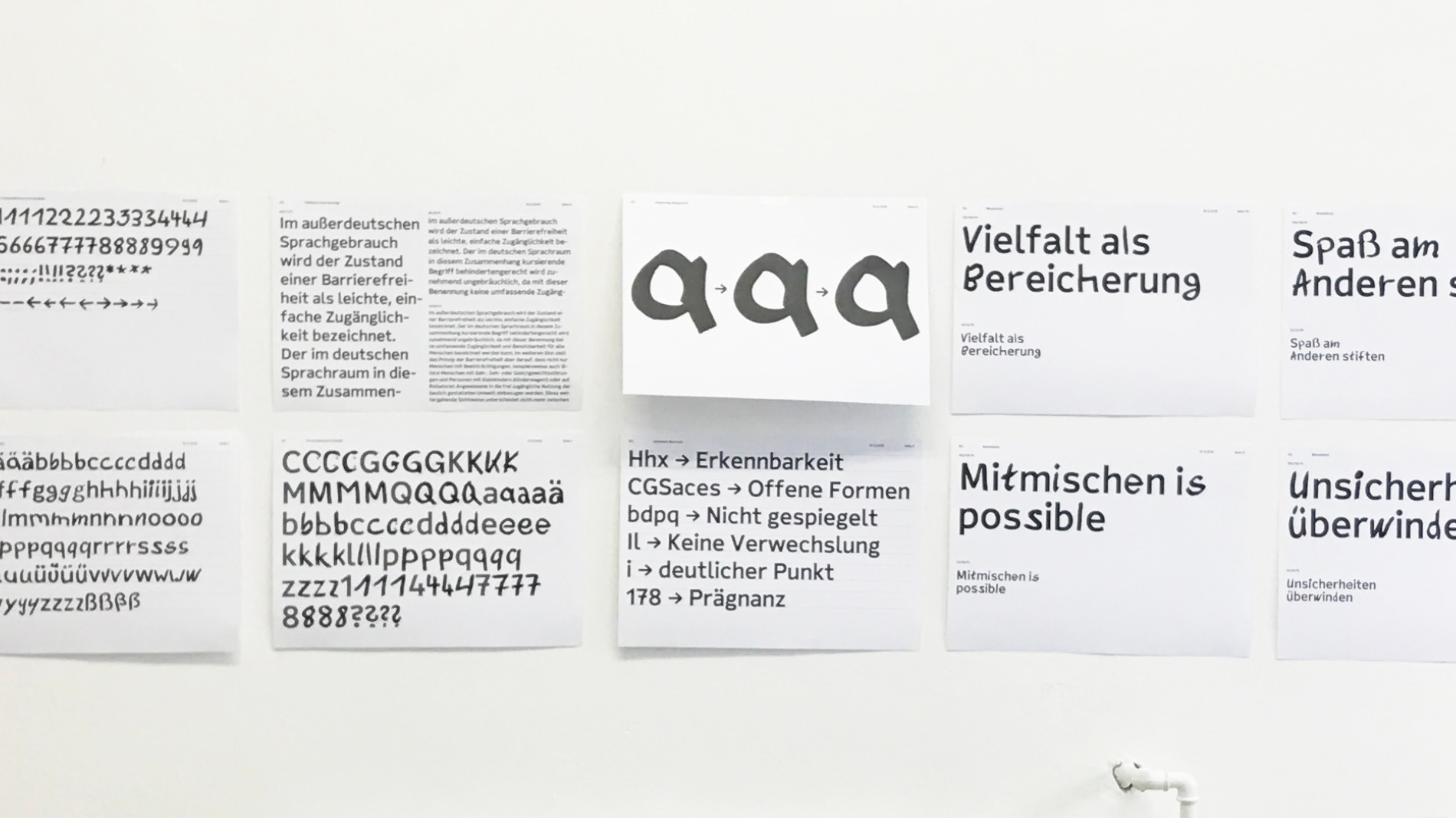 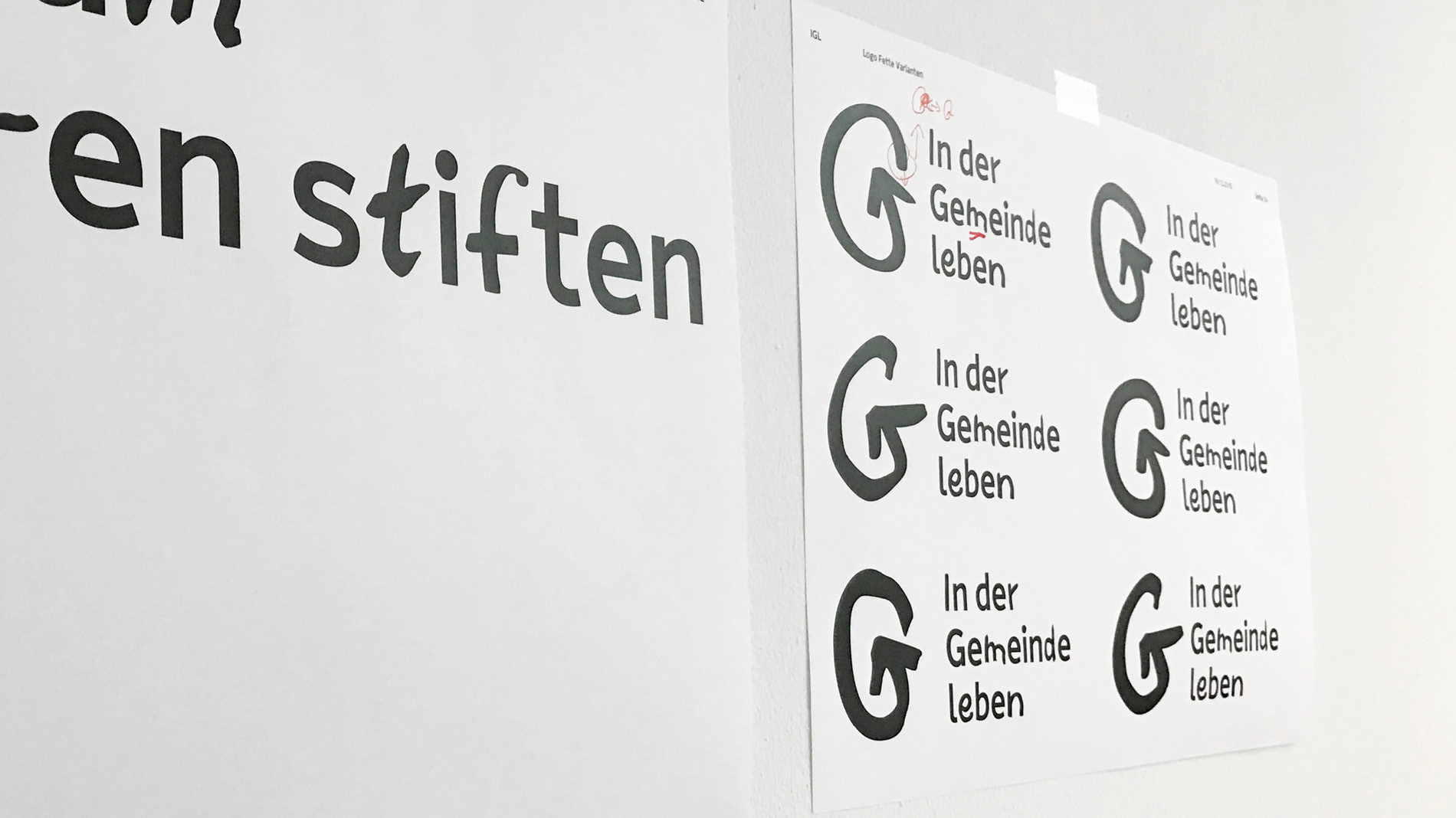 The grotesque typeface and its three respective alternates are of no use if they're standing next to each other. Therefor, a script was developed by Christoph Koeberlin, which causes an automatic and random interchange of characters. Thus, the dynamic texts can be comfortably used offline, as well as online, via OpenType feature. 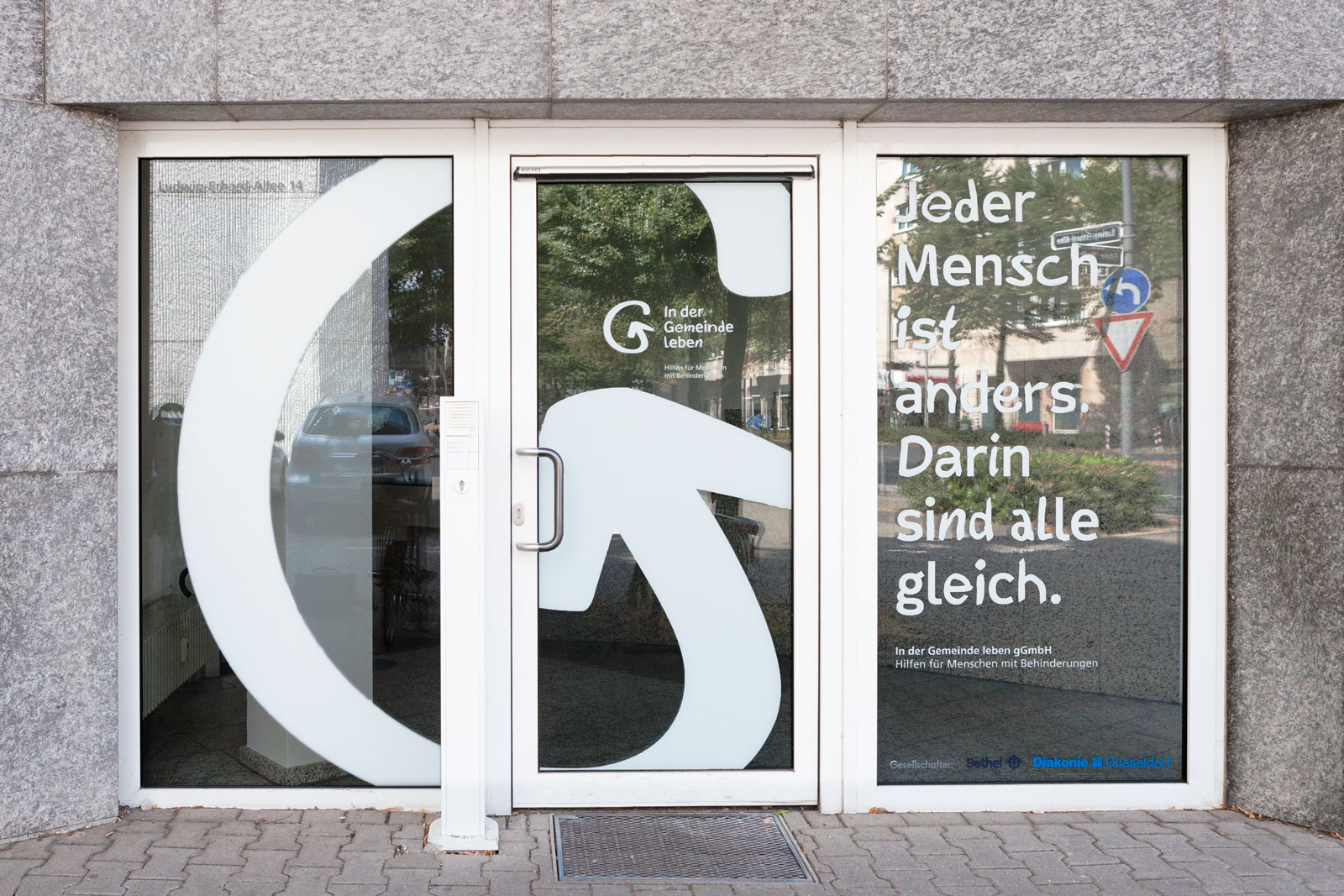