Rocky Beach Grotesque is a custom typeface for the ’The Three Investigators’ (German: ‘Die drei ???’) brand from Kosmos, consisting of five styles: Regular, Regular Italic, Bold, Bold Headline and one icon style. Within an overall redesign of the brand, the design of Rocky Beach Grotesque was led and guided by büro uebele. 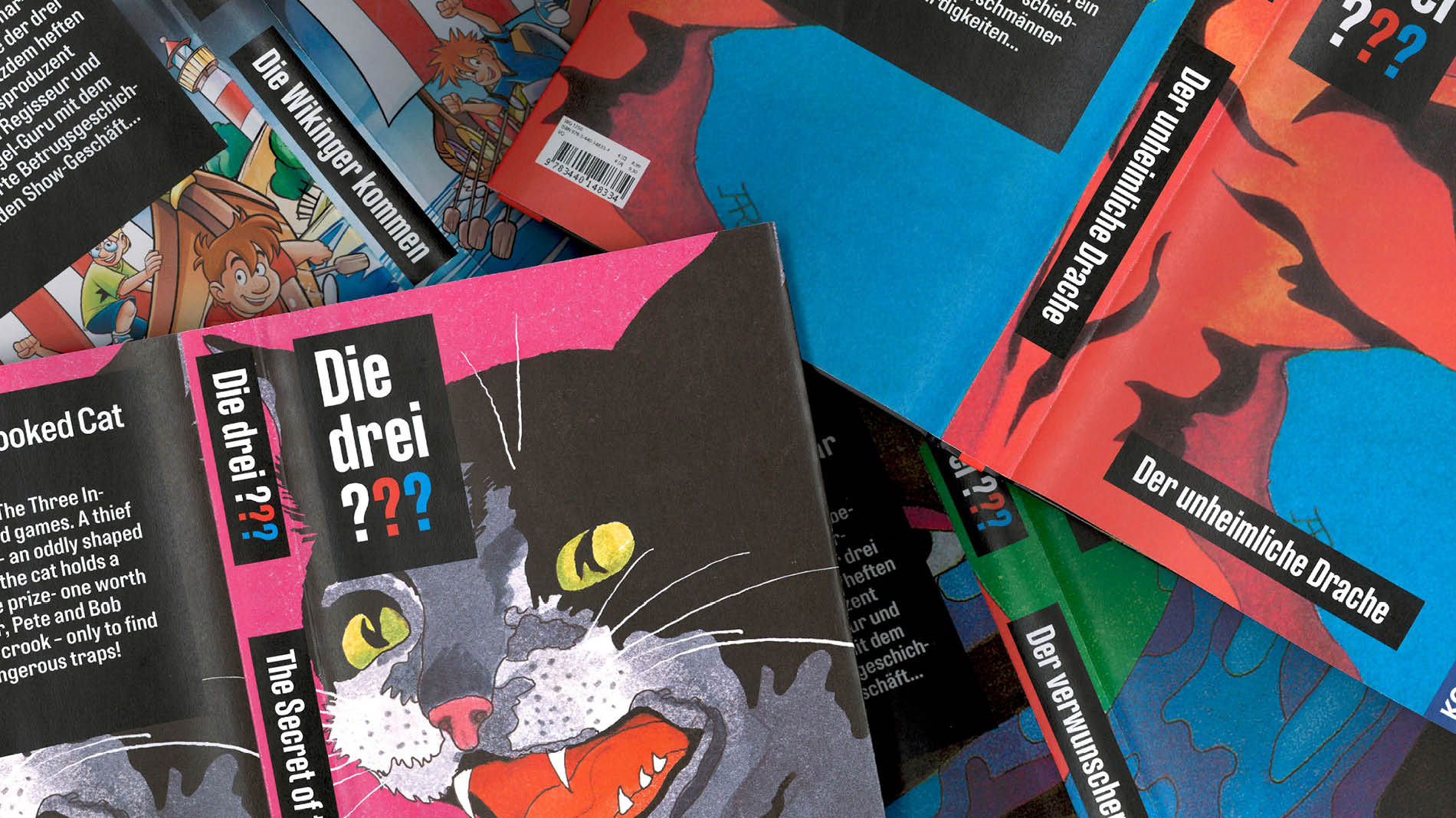 Based on the original logo, which is basically a stretched Helvetica Condensed Black, a clean headline typeface was needed, which catches the slender character of the logo and compensates the optical mistakes, resulting from stretching letters. To match headlines and body text, three additional styles were requested: Regular, Regular Italic and Bold.

When vertically stretching letters, all horizontal lines are getting bolder, while the vertical stems stay the same. In case of the original ’Die drei ???’ logo, it led to a nearly monolinear stroke, especially on the ’D‘, and on unclean curves in general. While redesigning the logo in the first step, the clearly visible corner at the question mark was removed, too. 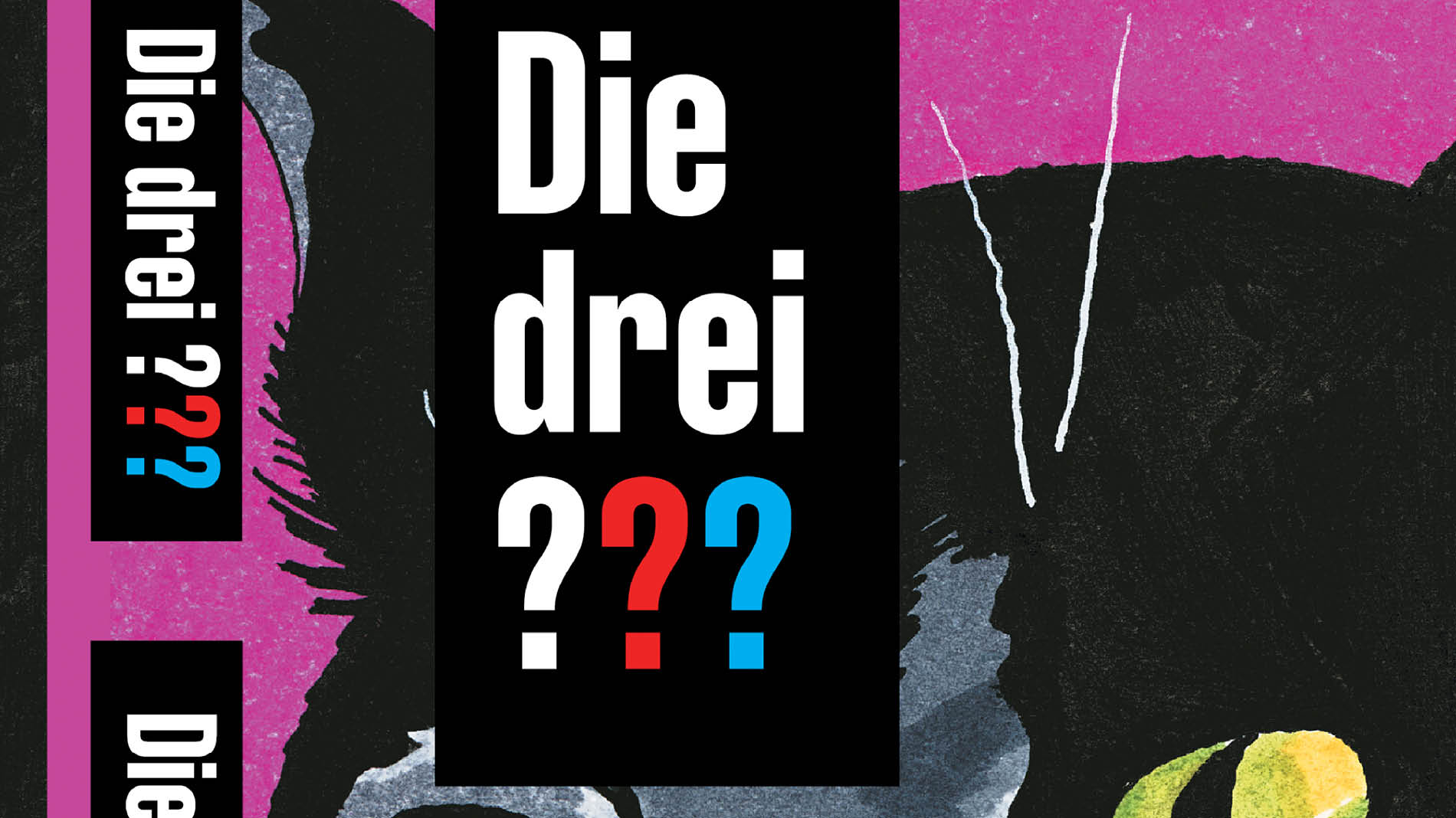 In accordance with Kosmos, we went back and forth in the next steps with different attempts of catching the original character, but a new design at the same time.

To underline the slim appearance, Rocky Beach Grotesque got a straighter character, even on round forms like ‘s’.

When the general character was set, lots of variation within key letters were made: The German capital ‘ẞ’ is one of those letters. Like the ‘R’, a clean and straight version was chosen.

Even if Rocky Beach Grotesque has a very strong and linear stroke, we decided to do optical adjustments when necessary. Thus, all vertical end strokes, which appear more heavy, were drawn slightly thinner.

The step from the headline style towards the body text styles was straightforward, as the main character was already set. Nevertheless, to boost the legibility, the x-height was decreased a little and the counters were opened, so all letters still appear clearly visible.

To remain one of the key characters of the logo, the wider ‘r’ was chosen over a narrow one.

For the Headline and Regular style Cyrillic, was drawn in collaboration with Ilya Rudermann. 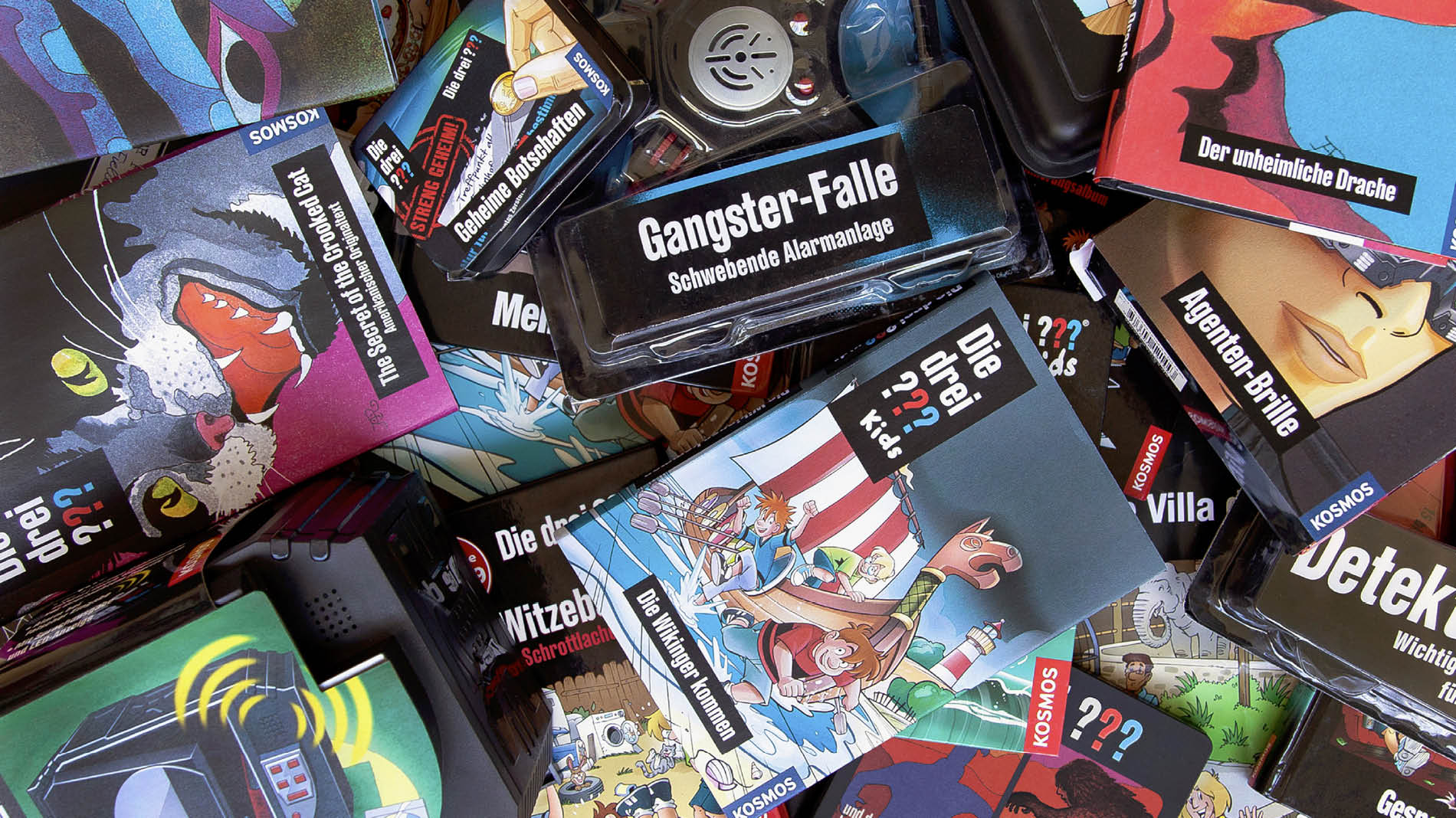